One day while shopping online at Fig Tree Quilts I saw a really cute Cherry quilt and I wondered if I purchased the downloadable pattern could I make it a small quilt....its just math afterall!  Well low and behold I had looked back a couple of days later and THERE IT WAS!!!  In all of its Mini Glory!!!  So I wrote Joanna, who btw is a very nice lady, and asked If she minded that I did a Quilt along using this pattern!  She agreed so here we are with her permission! Isn't it DARLING!!!  Will make a great summer table display! 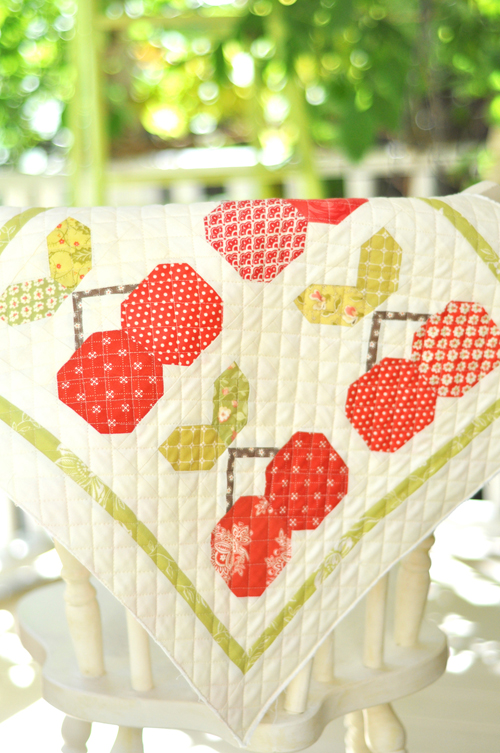 So all you have to is go here and purchase your pattern, downloadable in PDF form, choose the fabrics of your choice and then email me the completed quilt in a photo and wait for the parade on Monday,  July 21!  That simple!  Tildagirl@ msn dot com that is where you send it!

The other day I was in my LQS (local Quilt Store) just browsing around and stumbled upon these: 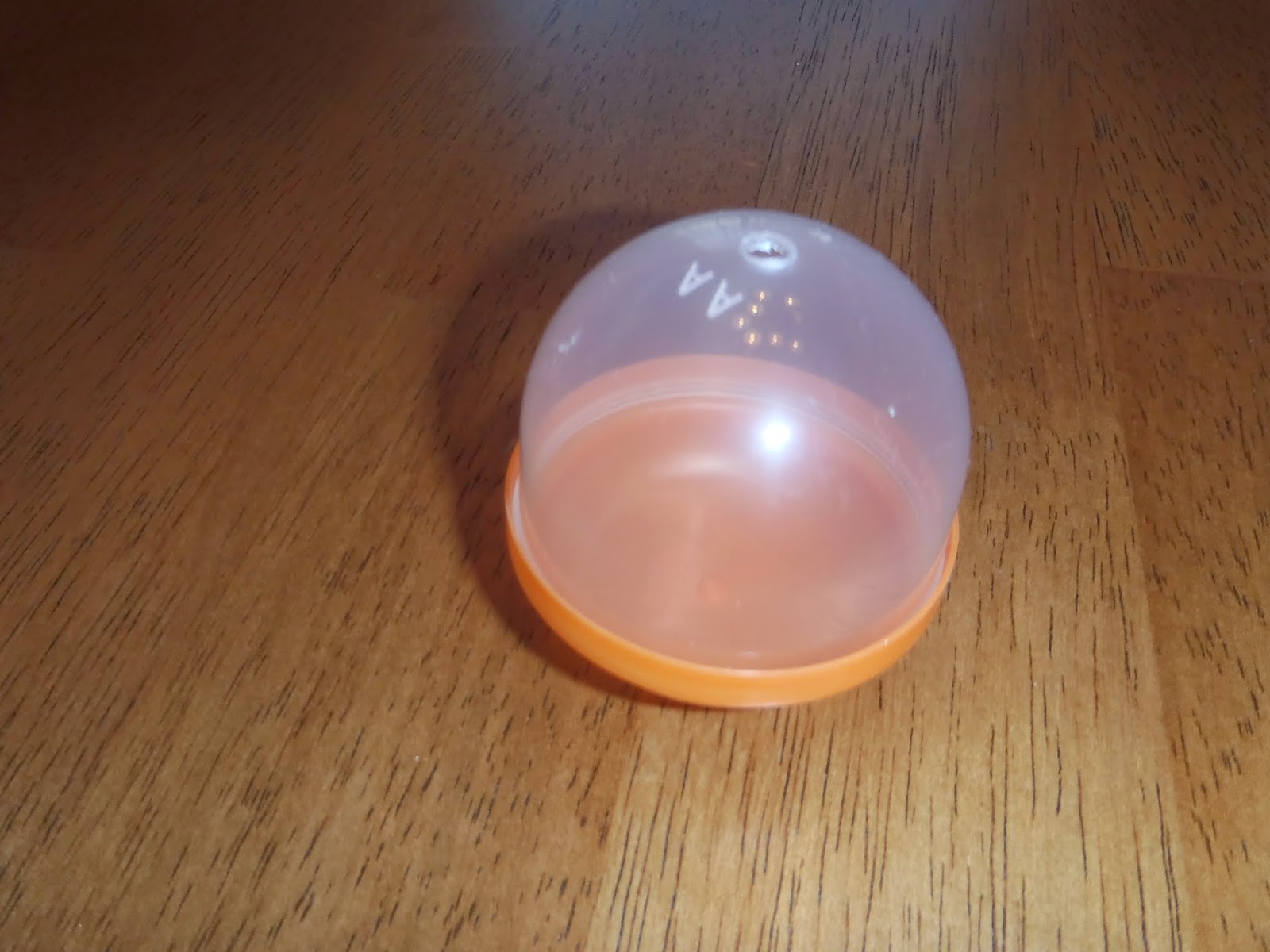 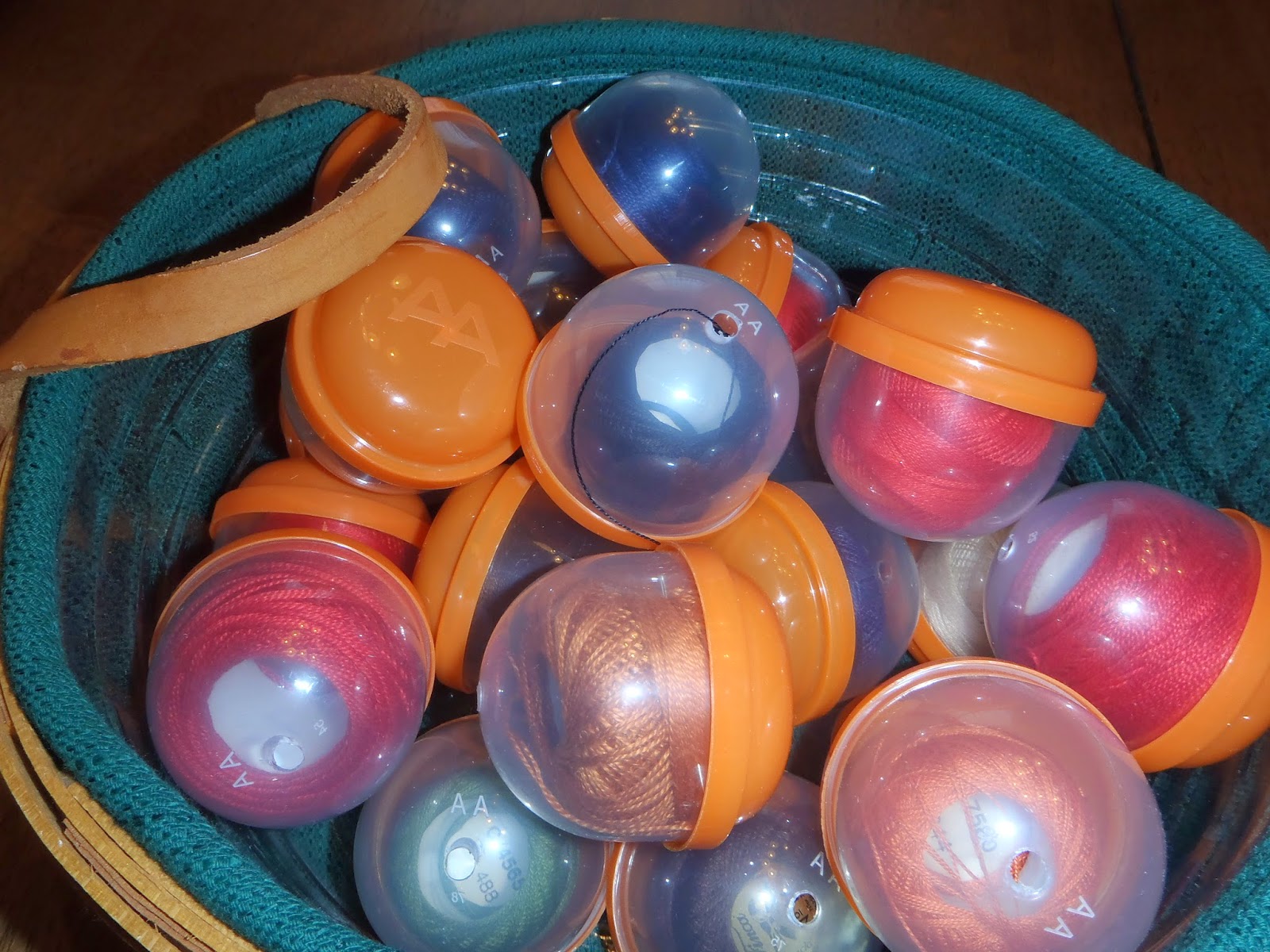 You set the container lid side down and just pull the amount you need!  No more chasing the ball on the floor when it slips from your hand and rolls and unravels!  AND no more taggled threads in my basket!  Woohoo!


At first I only purchased 4 of these lovelies, went home and used one.....I was taken....hook, line and sinker....so what do I do?  What any normal gal does, went back an bought them all!  I have a lot of these balls so I bought enough to put all my threads in them and have only one empty left over....cool now I will have one left to fill.

Where have I been?  Well lets see....May and June proved to be a very busy couple of weeks for this family.  First up was Special Olympics Regional which the girls did really well and we are so very proud of them! 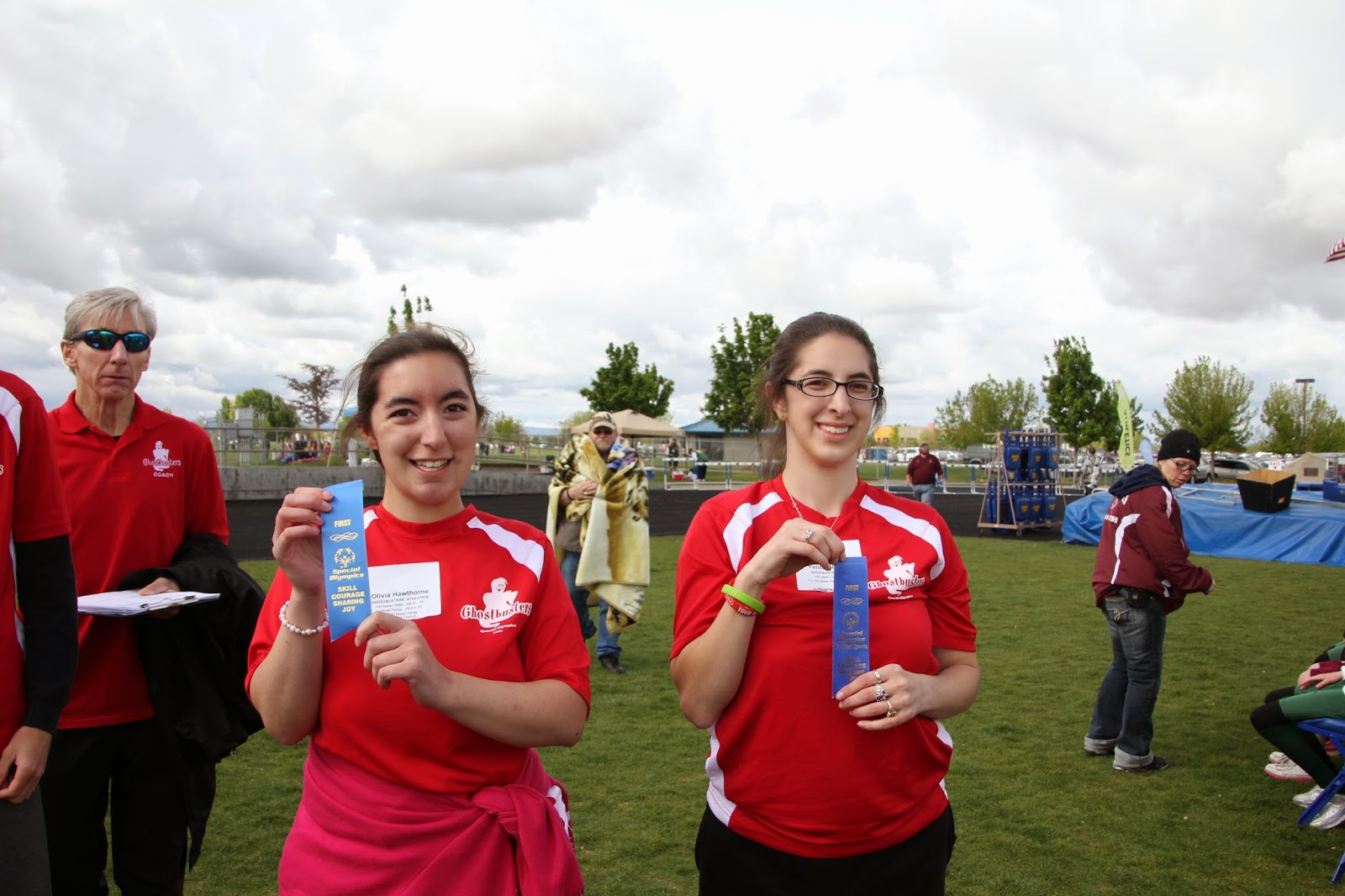 Then we opened the cabin for the season, which is great but takes a little bit of work to clean everything , sweep, restock etc....after being closed up all winter.  You can't drive up because of all the crazy amount of snow that gets up there and they don't pave all the way up because it is actually a former logging road....but that's ok, we utilize it in the spring and summer which is good enough. 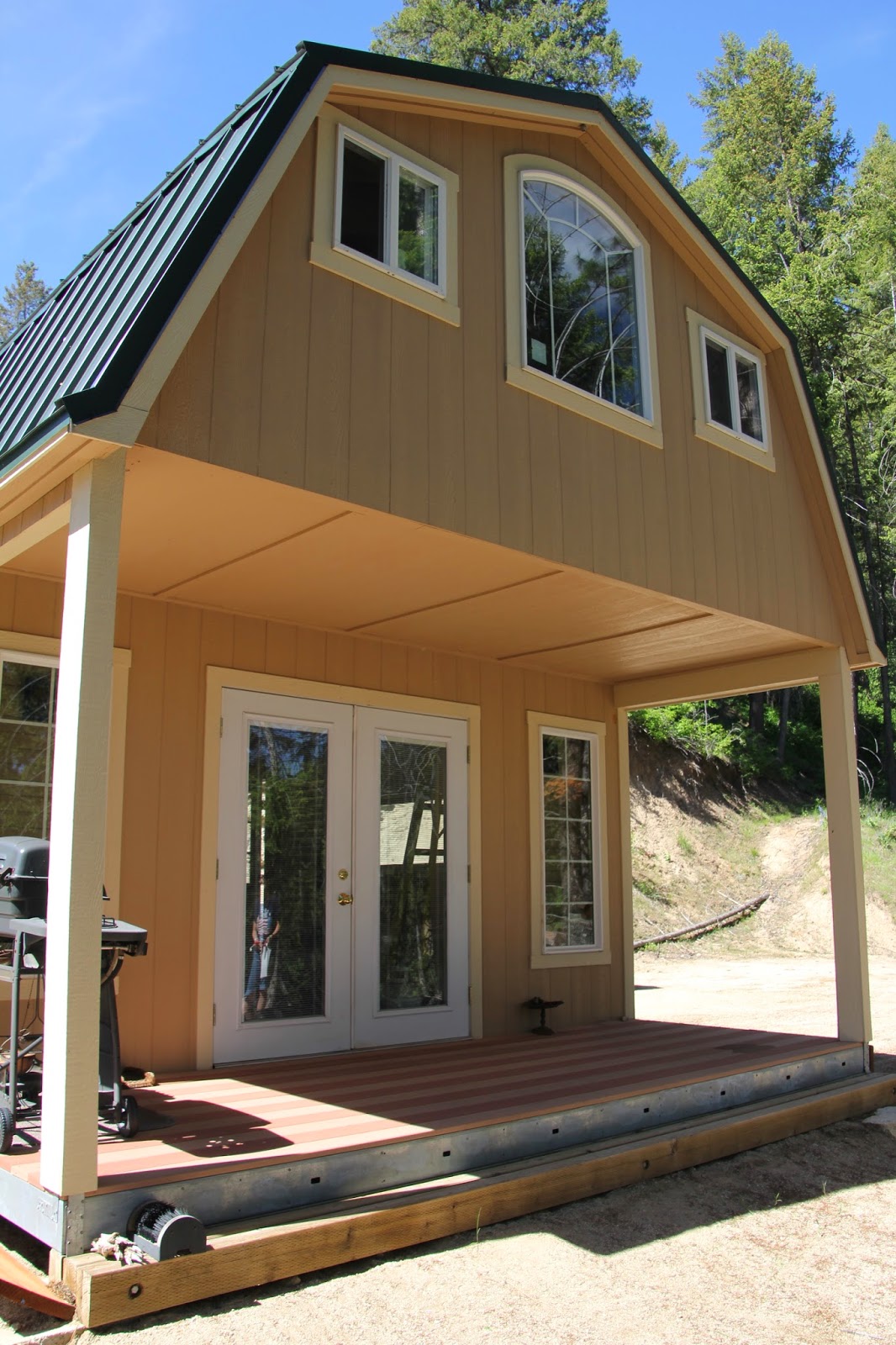 During that weekend we received a voicemail. 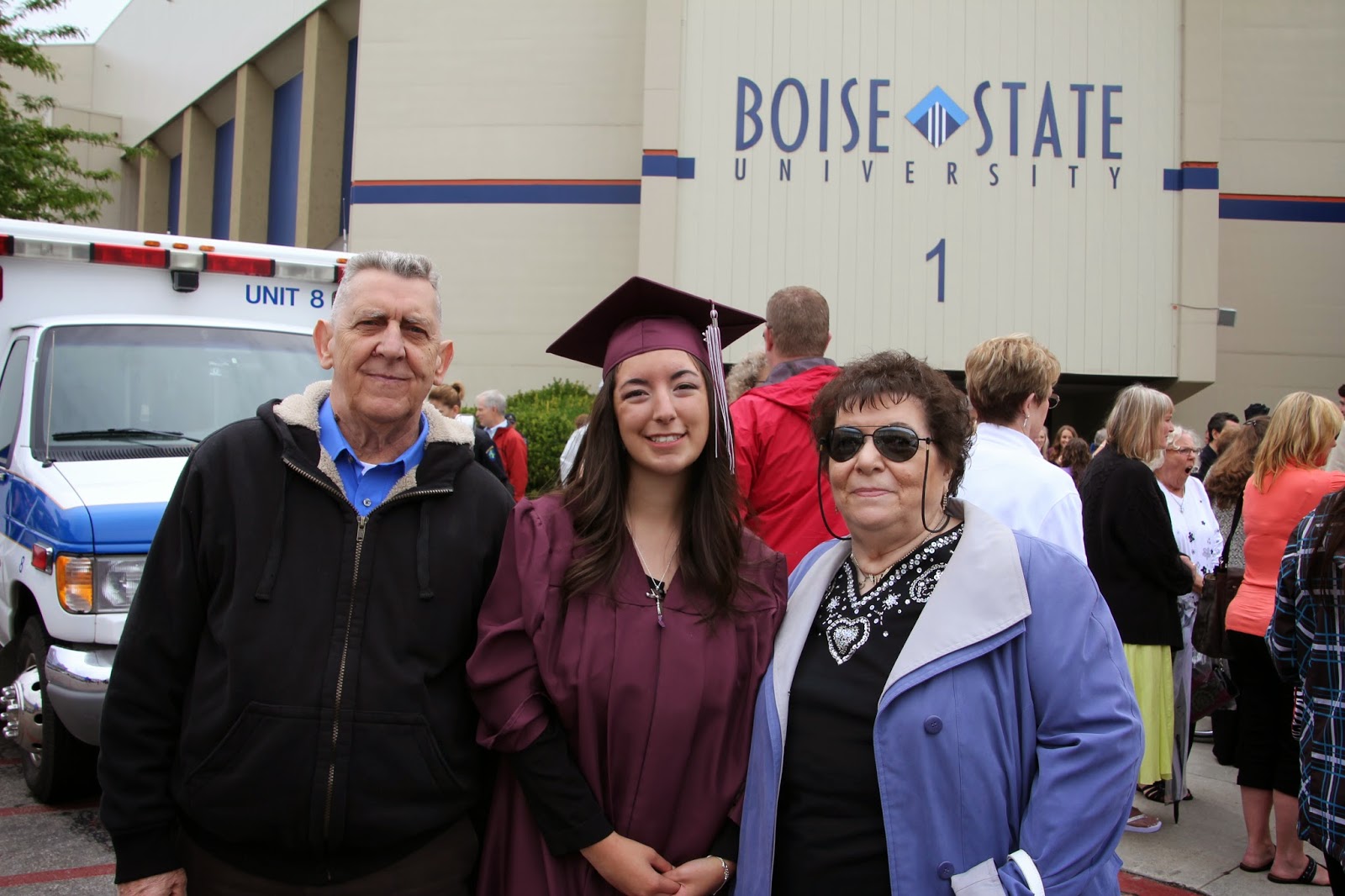 We don't get cell reception so when we hit range on the way home we turn on our cells and retrieve all the messages.  Well we got some really bad news, my Mothers companion of 10 years passed away of a heart attack.  He was almost 70.  I feel so bad for Mom they were best friends.  My father passed away 26 years earlier so it was difficult to watch her heart break again.  She is coming out in
July as they had already planned to get away, Johns ticket was refunded and we encouraged Mom to still come out and get a change of scenery.  We are hoping for her to relocate here so time will tell..... 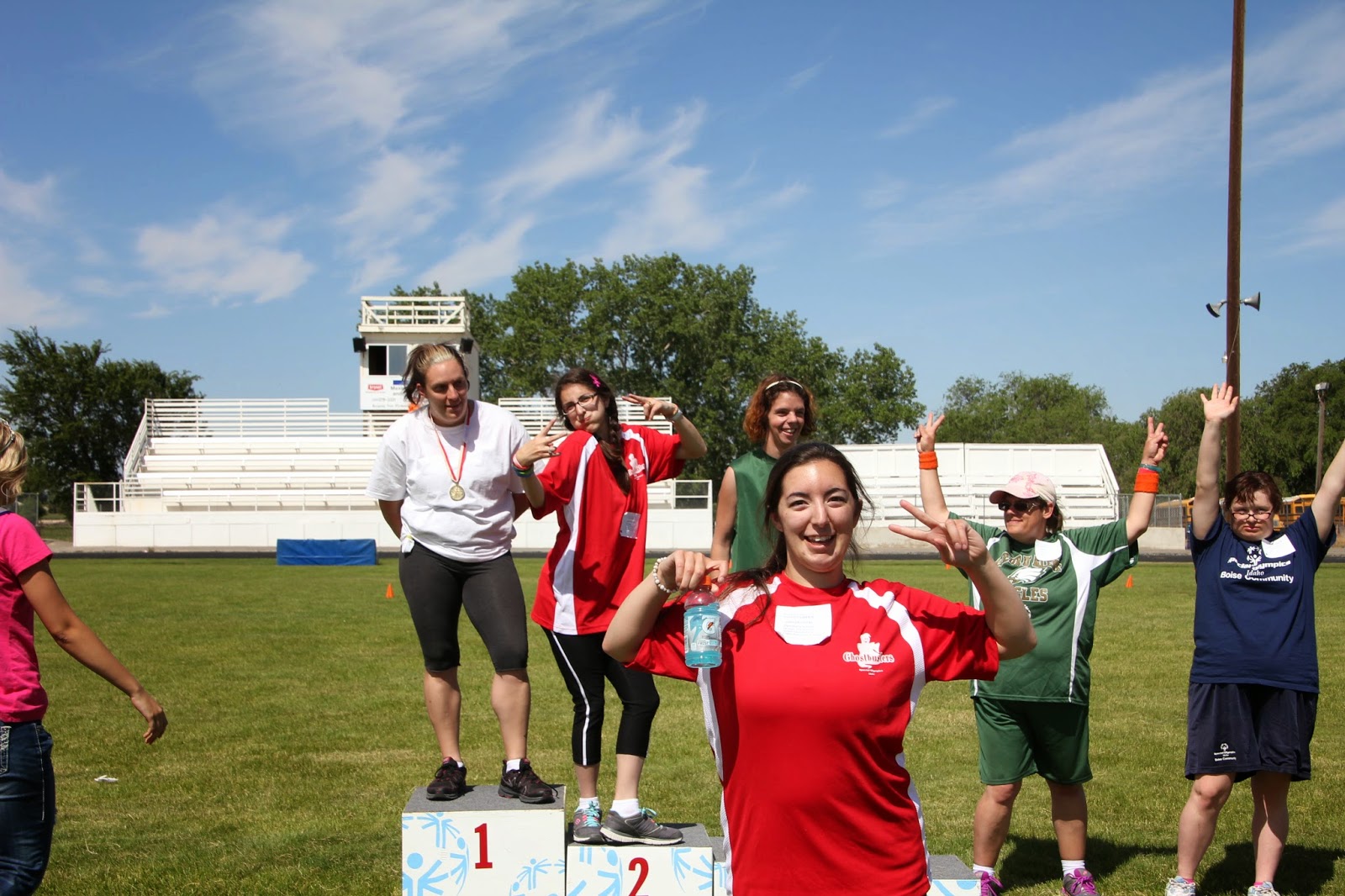 The next event was Special Olympics State games and it was about 1 hour from here so we decided
to get a hotel and stay the night and make a long weekend of it.( My girls are in red, the little decided to photo bomb her sister, which actually worked out because I didn't get one picture of the two of them together! go figure)   Once again the girls did well but not their best.  One of their teammates on their 4 x 100 relay didn't show up or call to tell anyone so they were one man down.  The first man, which is an important place...but they pulled another athlete from their team and used her, which she
never had done a running relay, just walking but she was such a trooper and did her best and we are very proud of her stepping up and helping out the team.  They placed 6th.....they usually place 1st/Gold.  But it made them see how it really is important to do their part and show up.  Lesson learned. 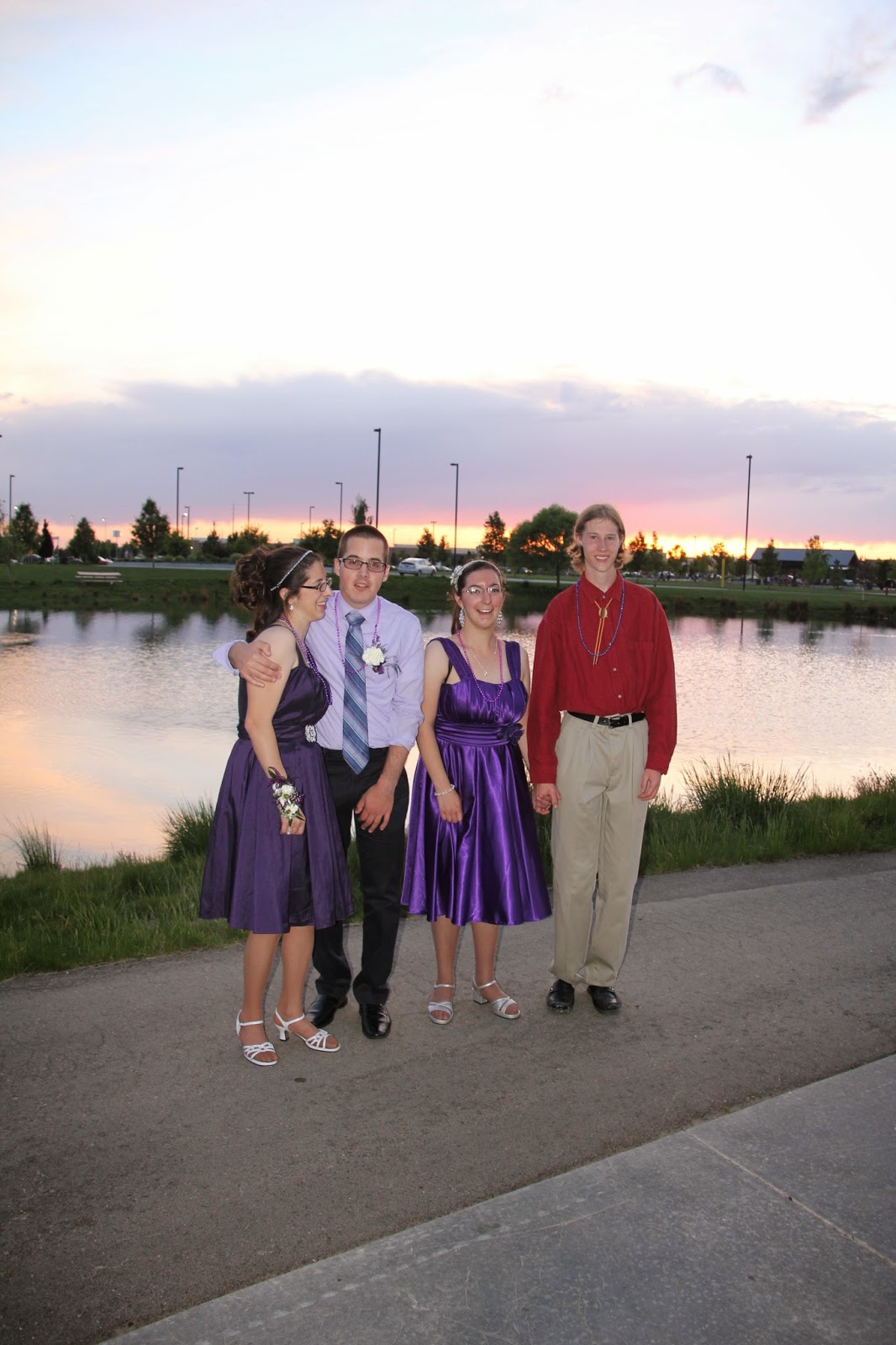 Then there was the Shine Prom and both girls attended with their dates.  This is a Prom put on for all the Special Needs Adults.  A mother started this about 3 years ago because her son, who is autistic, never did attend his High School Prom so she put one on for all the adults and boy has it grown!!!  They had a super time and looks so very nice! 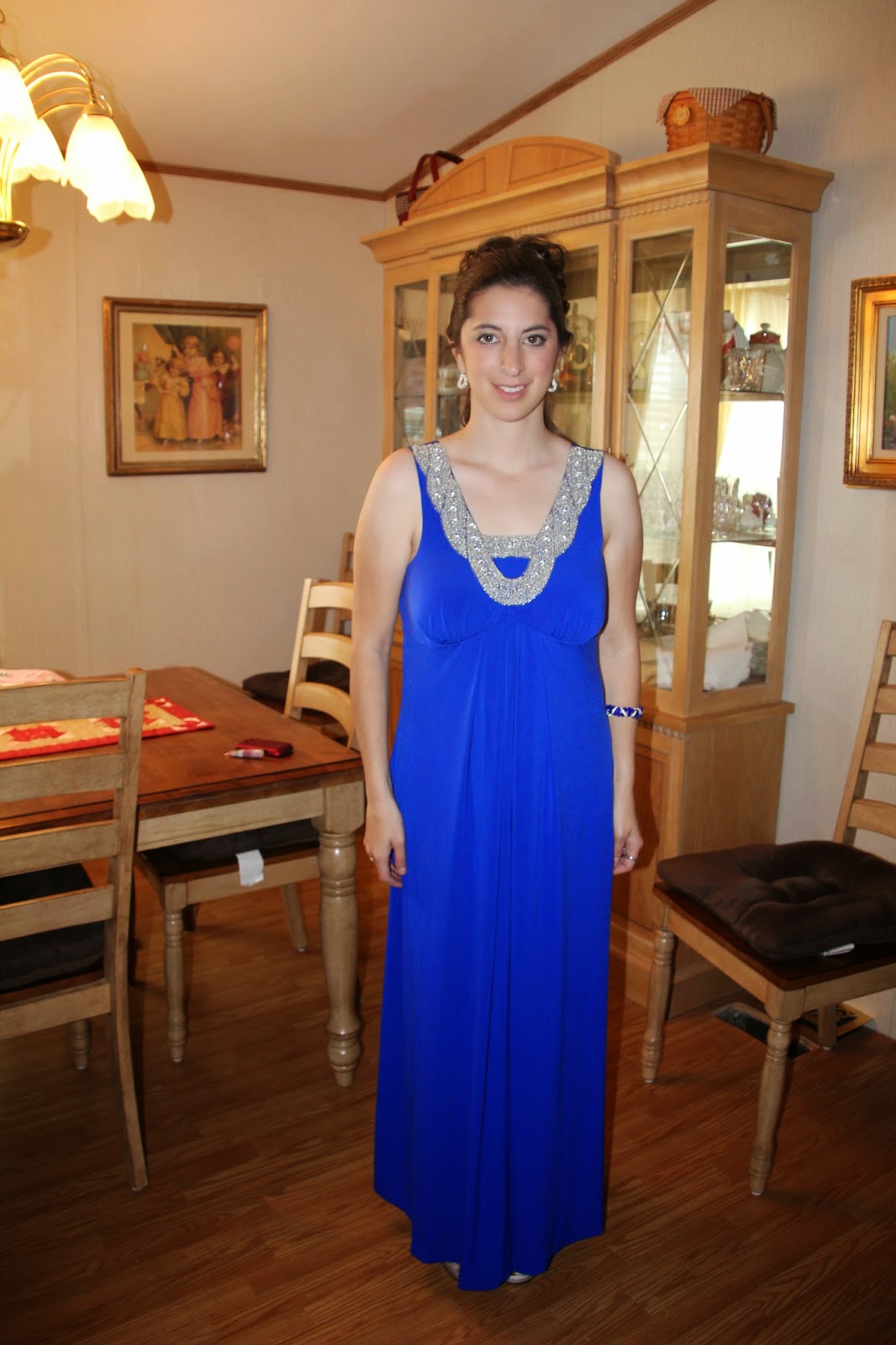 Finally there was a Bridal shower and a wedding.....we threw the shower for my daughters friend, my daughter was the Maid of Honor.  It was a beautiful day and an outdoor wedding.....and that now brings us up to date.  WHEW!!!!

So now I can resume blogging....don't have much on the calendar until the end of the month and then a couple of weeks after that my Mom arrives.  So glad to spend time with her....in the meantime I am working on my log cabin quilt from the quilt along....I am handquilting it right now and hope to be finished with in by next week!  Looking so forward to the parade!

I am also going to have a quick but very cute quilt along posted mid month so watch for details!  This is aside from The current one at the beginning of the month...this is for the middle of the month...will post details in a day or two!  If you would like to join the Prairie children and their quilts one, hop in at anytime!

Posted by Huckleberry stitches at June 20, 2014 No comments: 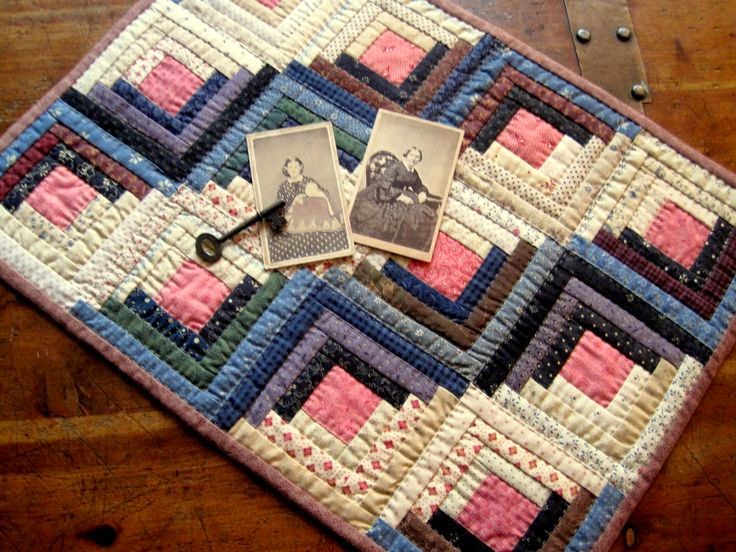 This photo is taken with permission from Kathleen Tracy'...you can find the pattern in her book Prairie Children and their Quilts , you can purchase it right here Book


Okay so you have until June 30th to finish this quilt in either Quilt Top form or completed all the way! You can use the fabric of your choice....dig in your stash or purchase new!  Then take a photo of it and email it to me at Tildagirl @ msn dot com .  If you are a Blog owner PLEASE include the link in your email to me and post your picture on your blog for the parade on July 1st!  I will post all photo's on my blog July 1st and if you provide me with your link then I will add Mr.Linky to your name and it will direct readers to your blog.  If you don't have a blog no worries just send me your photo and I will post it on my parade.  At the beginning of the parade I will post the next Quilt!   Fun Fun!!!  So get your machines ready and go!!!
Posted by Huckleberry stitches at June 01, 2014 7 comments:

Oh my goodness its been OVER a year!!  WHAT???? What happened?  Hmmmmm Facebook, Instagram and just plain life. I guess you can say I took... 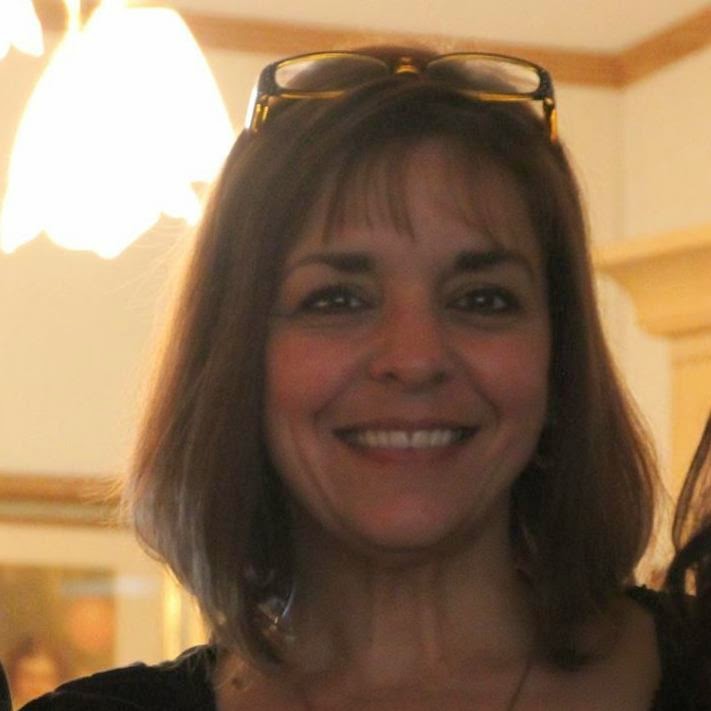